This morning I got a message from my bank. “Happy democracy day“. Ok I’m happy to be alive. That’s something to be thankful for. But what has democracy brought to the table of the common man since its inception? Other than the freedom to wag our tongues at the antics of our leaders. But our voices fall on deaf ears. We ridicule our leaders every chance we get. I won’t lie I find some of the satires amusing but let’s be truthful…what has it done to better our lives as Nigerians?

Sad to say, but the power democracy gives us is being misdirected. Democracy shouldn’t just be freedom of speech. It should be the ability to use that freedom constructively. And our government….a bunch of power drunk, money grubbing leeches….abuse the term democracy at every turn. To them its freedom to loot. Openly without fear of condemnation!! Freedom to declare insane public hols so they can lace their pockets with fat allowances. What is democracy day when over 200 young girls are being held captive by blood thirsty terrorists? Why should the govt go on holiday? I don’t recall Boko Haram declaring holidays and taking rests from their terrorist activities so why should the govt take their fat load off their feet when there’s work to be done?

The #bringbackourgirls campaign has turned from a noble gesture to another satirical democratic expression. The other day I saw a video of some alleged unilag girls dancing topless with the #bringbackourgirls hash tag written on their backs. I mean how does this help our situation? We Nigerians have a habit of taking what’s deathly serious and turning it into a sick joke. You wouldn’t be twerking topless if it was your sister being held by terrorists.In some ways we are as much to blame as the govt. And we wonder why boko haram frowns on western culture when we let ourselves twerk topless to an extremely sensitive issue. Sigh. 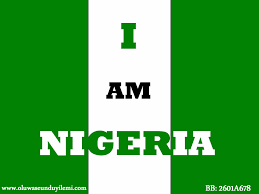 I love my country. We have a right. A right to a voice. But we need to choose wisely how we use this voice. I for one say no to the notion of democracy day. Goodluck Jonathan, get back to work!!! He spoke brazenly of steady power supply during his campaign among other promises. But this man has failed to make true of about 70% of his promises. How can he salvage this chibok situation? And yet he has the guts to run for re-election when his govt is a failed one.

Like a common man once told me, “naija matter no be wetin dem fit talk finish”. So I rest my case. But ask yourself this. “Are the chibok girls celebrating democracy or cursing the very system of govt that has led to their current state?”.