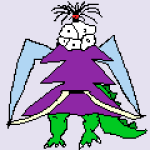 Hello ReviewNaija, I am writing about our horrible experience with Akara Ogheneworo Studios (photography).

It’s been six months since we had our wedding and as at today (6.5 months later) we are still going back and forth on deliverables.

We cannot advice anyone to engage Akara Ogheneworo Studios for any event because the guy in our experience acted ‘irresponsibly and unprofessionally’ in his dealings. Anyone who chooses to engage his services should be ready to micro-manage him like you would a 5 year old.

Akara lacks every sense of professionalism – He does not keep to terms of agreement although he has a long list of terms and conditions which must be signed off on and agreed to.

Starting from the pre-wedding shoot, he actually stood us up while we worriedly started calling around to find out about his whereabouts only for him to call almost 2 days later with a flimsy excuse. He was late for every other shoot before and after that.

On the engagement day, he showed up to the hotel where my wife was, and in his arrogance was rude to my mother-in-law but trust her to give him a piece of her mind.

For the wedding, Akara along with his 2 other photographers missed a very important shot, and were actually going to include a family picture into the album that had some members of the nuclear family who were standing there cut out (Thank God for other photographers, if not we will not have had a complete family picture). Even though we insisted that he gets the picture anyhow, we had to step in and request for this picture from the other photographer because Akara in his usual arrogance spoke to her (other photographer) rudely. He was rude to quite a number of family members and friends too.

He failed to deliver on timelines every step of the journey and even as we speak has failed to deliver one of our frames. Akara consistently comes up with flimsy and childish excuses for failing to fulfill his part of the deal and he does it so well.

The most amazing part of all of this is that Akara and his team (3 photographers) failed to cover very cogent and memorable part of the entire event (we have 2 albums full of just the 2 of us)  but this other woman (one person) had full coverage of the event.

Akara takes good pictures but with his bad sense of timing, inability to communicate, lack of understanding of the value of memories, bad habit of telling lies, stubbornness  and for every other reason in between, we will not advice that anybody engages his services. Our experience with him was terrible. We are still expecting our large frame for the white wedding which we have returned 3 times.