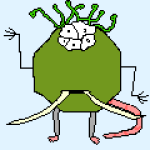 Few weeks prior to Feb 14, 2014, display pictures advertising the “Big Valentine Rave” event were all over blackberry messenger. I didn’t intend to attend the event, but couldn’t help but wonder what it’d be like. Anyway, fast-forward to vals day…You know that awkward moment when someone you feel is into you shows up at your gate to inform you that he would be working late that vals day? Yup, total disappointment! Prior valentine periods had always been boring for me so I was bent on having real fun this year regardless. I did have a couple of dates but was not really into those guys so I politely passed.

On said day, my sister informed me of her intention to attend the Big Valentine Rave event – organized by Upfront & Personal (Global Management Consultants) – and invited me to come along. Without blinking an eyelid, I said yes!

Location/Parking: As we approached Eko hotel roundabout, we got stuck in terrible traffic! Some of the attendees parked outside the premises and walked into the venue but we had to wait patiently for our turn as we found a place to park. The location for the rave was Eko hotels and suites.

Program:  The tickets for this event were free. All we had to do was go online and register. My sister and I got regular tickets. The queue was long and the hall was fully packed. As we made our way to the hall, we were given a tag and a ticket for drinks, small chops and an MTN souvenir. We had no space to seat, however, my friend had a VIP ticket so she tipped the bouncer 1,000naira to allow us join the VIP lounge, where we had a clear view of the entire rave concert.

Sound Sultan’s performance was really good. Other artists performed, including Chidima. Tiwa Salvage looked smokey hot. Mario Winas’ performance was an interactive one; he involved the crowd to sing along with him. He also called five ladies on stage to dance with him and offered the winner drinks with him. A guy behind me said ‘o boy this one na easy give away’. Surprisingly, the person who won was only offered a bottle of champagne…I guess she was not really his kinda gal..

When OBO aka baba olowo(davido) came on stage, everyone was screaming and pushing hard to the front row. The guy has a lot of energy like seriously. During the show, there was a raffle draw and gifts, like Split AC, Microwave, Gas Cooker, etc, were given to the winners.

It is important to note that not all the advertised performing artists were present (e.g. I did not see Don Jazzy, Iyanya, Kcee, Wizkid, Dprince, Harrysong and Mike).  For these artists  who were not present, I guess they were out of town but I believe they were meant to perform at the rave.

I left the event by 4am and the party was still grooving. At least for me, I would say I had fun.

We would like to know your experience at the Big Valentine Rave, if you attended. Was it worth you time? Would you go again? Let us know!