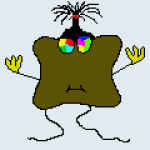 At first, my device (Tecno PhonePad II) touch screen stopped responding on its own just a few months after I bought it from Konga (it was still under warranty). I took it to CarlCare Uyo Center, and I expected that it would be fixed free of charge based on my warranty. On getting there, a plump, saucy and impatient lady called Grace examined the device and said I have to pay 15k for repairs because she could see some specks of sand between the screen guard and the LCD (which wasn’t cracked in any way). The sand must have been stuck there when my screen guard was fixed. I even told them to remove the screen guard so that the sand would leave but they refused.

I was filled with utter dismay. I tried to stand my ground but the lady insisted that what happened was physical damage (even though I know NOTHING damaged the device physically). So I had no other choice than to pay the 15k (I couldn’t take it elsewhere in Uyo because there are no other genuine Tecno repairers around that I know of, apart from the untrusted and untested road-side technicians). I had to get the money and pay.

After paying the 15k, I was told to come back for the phone in a week. I returned to pick the phone and truly the screen seemed changed. Fast forward a few weeks after the said change, my phone suddenly stopped charging. I tried several chargers and it didn’t work. The chargers all worked in different phones but not mine. I knew the problem was from CarlCare because they were the only ones that have opened the phone so far.

I took the device back to CarlCare Service Center Uyo. This time I was welcomed by the anti-customer face of Innocent, one of their male staff. Innocent is not someone anyone should put in front of customers at all. He examined the phone after I told him it stopped charging and that I had repaired it there before. I was billed N400. I paid N1000 and they didn’t have complete change so I was owed N400 (I never got the balance). Innocent asked me to return the next day for the phone.

So I returned the next day and was asked to come the day after. I did so and was asked to come by Friday (this happened on Wednesday). I returned there on Friday and was told that my phone has been sent to Port Harcourt for repairs because they couldn’t do it (which I suspected as a lie to buy themselves more time). I was yet again asked to return the next week. I was not supposed to remain in Uyo beyond that week but I stayed behind because of the device. I returned on the day they stipulated and this time I met Grace, the plump female worker. She said that my device is taking too long to repair (after Innocent said the week before that it was sent to Port Harcourt) and that they want to swap it with a new device for me. My goodness! I was elated! I never knew she kept a whole lot about the said swap from me.

I brought my receipt as Grace requested and she said that she would apply for the swap. I was asked to return the next day. When I got there on the next appointed day, I was then told the truth about the swap. Grace (the CarlCare worker) said that I have to choose between L9 and L8 Lite and PAY THE DIFFERENCE IN PRICE. Firstly, both of these devices were far lower than Tecno PhonePad II both in price and functions. Secondly, my choice was limited to ONLY both devices (even though I wanted other choices). Seeing that I had no other choice, I settled for the L9 which was higher than L8 Lite.

Grace then made it more complicated by saying that I have to pay another N13,000 for the swap difference. My PhonePad II was bought at 40k last year, the price is currently 55k in Slot. L9 is sold at 36k everywhere. So I wondered why I should pay a difference of 13k? She said the money covered both the swap and the failed attempt to repair my previous phone’s damaged board. I was disappointed again. It should be noted that I didn’t have any other phone to access the internet with at this point and I was basically frustrated with everything.

So I had to pay another 13k to complete the said swap for a LOWER ranking device without even 4G (which my previous phone had). After payment, I was told to wait or to go and return because their server was down. I collected Grace’s number so that I could call her to know the updates but she didn’t pick up all through except once when she said she would check and never returned the call or picked up again. I even sent a text but had no response.

I had to return to CarlCare Uyo office again that day to know the update. Immediately Grace and Innocent (CarlCare workers) saw me, they seemed uncomfortable. I smelt something fishy. I was asked to wait yet again. Probably frustrated by my own frustration and impending anger, Grace went in and brought a Tecno L9 device in the following conditions:

1. No pack or carton
2. No accessories, including charger
3. No receipt for the new device
4. Device looked more refurbished than new
5. She declined to help me setup the phone and insisted I do it on my own (WHY?)
6. My N400 initial change wasn’t returned
7. I didn’t even get a printout for the transaction

I had no other choice than to accept the phone. I took it knowing that it was the only choice I had (she had said its either this or I pay for a new board amounting to over N20k). I have the new device with me now and I am not happy with its performance so far but I have no other choice, CarlCare made sure of that.

This is an experience I wouldn’t want another to have. I have resolved to avoid anything that takes me to CarlCare at all costs and if something should ever take me there, I will take ice and fire along with me and give them a terribly cold hell. I advise everyone to avoid CarlCare, and in fact, if you can, Tecno products entirely (I have another Tecno 8H wasting away in my room because CarlCare couldn’t repair it – barely a year after I bought it). I have seen a number of Tecno flagship devices go bad “all of a sudden” without any hope for repairs and even if they can be repaired, it’ll be at exorbitant costs. Their swap deals are no better (run away from them if you can).