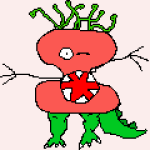 Please share this as it is important for people and any potential brides to know the vendors (e.g. Dave Sucre Makeup Artist) they could be dealing with and how they can try to sabotage your day.

I booked Dave Sucre in June 2016 for my wedding in January 2017. I booked the full bridal package which includes traditional wedding makeup by Dave (this I was informed included all day touch ups by Dave) and white wedding makeup which includes a second look for my second outfit, makeup for my mum and all day touch ups. In August 2016, I was in Nigeria and had a makeup trial booked with Dave. I turned up at the scheduled time and found he was not there and someone else had to do a makeup look for me. If only I knew then how this man was.

On the day of my traditional wedding (Thursday 5th January), I got a car to bring Dave and his staff over. When he arrived, he complained about being down with malaria and an upset stomach and this and that. I got someone to bring him food and just told him to take it easy as he was really playing the “sick” role. He rushed my makeup and I didn’t like how it came out at all and then he left immediately, before I even joined the ceremony. I even encouraged him to go home and rest and sent him home with my driver so that he would feel better by Saturday.

As soon as I got outside, my makeup was pouring down my face. Literally pouring. The makeup had no staying power whatsoever and it was clearly not professional standard at all. My friends rushed to get the girl Dave had left behind and she said there was nothing she could do and they should “just dab it”. Eventually, another makeup artist I had booked to do my sisters’ makeup helped me out.

My white wedding was the following Saturday. On Friday (the day after my traditional), Dave insisted I pay him the balance of the money to ensure he would show up the next day. I sent the money. By 7am the morning of my wedding, Dave had not arrived and I had not heard from him. I called his number and someone casually and unapologetically told me that Dave would not be coming as he had taken ill and had been rushed and admitted to a hospital. I was so shocked, I thought they were joking. They hadn’t even bothered to call me to cancel, just left me waiting the morning of my wedding.

After my wedding, I was discussing with a friend about how I needed to get a refund from Dave because he had cancelled as he had been admitted to hospital. She asked me what I was talking about, saying that Dave had been in Ghana since Friday doing someone’s makeup for the Inaugural ball. He was on her Snapchat and she even posted a photo on Instagram tagging him as her makeup artist. You can imagine what it felt like hearing that. Baring in mind that this wicked man and his team had not bothered once to call me between the Saturday of my wedding and Monday 9th. I had to be the one calling them asking where my money was. AND STILL they were maintaining the lie that he was in hospital.

Dave Sucre came to my traditional wedding laying the groundwork for his future lie about being ill. He did horrible makeup for me and left immediately. He made me pay him in full on Friday knowing he would not show up on Saturday. Then he didn’t even have the decency to call me to cancel on the morning of my wedding so I’d have some time to make other plans, he waited until I called to find out why he hadn’t arrived before informing me he won’t be coming. And I even called this man a couple of days before my wedding to confirm everything was okay and if there was anything he needed. These people are terrible.

I’m sending this for any bride thinking of booking Dave Sucre. DON’T. He is wicked. What he did to me was wicked and I would not wish that on anyone. People deserve to know the kind of shop he’s running before they fall victim too. And apparently this man has done this same thing to another bride recently.

I was very lucky I had booked someone to do my sisters’ makeup and once again, she saved me from what would have been a disaster and would have ruined my wedding day. @DaveSucre, I want a FULL refund not that ridiculous sum you sent me. And please no one should book these people ever again! They are terrible crooks who will probably take your money and deliver no service. It is clear he has no morals and prefers to chase big names rather than honour contracts that have been established with him.