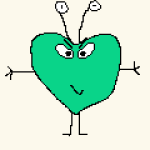 If I could rate this company below 1, I would.

I’m writing this review to share my horrible experience in hopes that no one will have the same experience I did.

I found out about this company from a friend who said she knew someone who uses them to drop their children at school. I looked on their website and they seemed to be very professional so I contacted them.

On May 18th, I made a payment of 10,500 for a driver from 6am-8pm Monday- Thursday. I requested the driver resume at 8am on the following Monday May 22nd. I received an email from Findadriver247.com with my drivers details.

On May 21st, I received another email with a different drivers name and details. I emailed them to find out if this was an error and they informed me they had to change drivers because the original driver would not be available.

On May 22nd at 8am, no driver showed up. I called the company representative I was speaking with (Mr. Kayode) who informed me that the driver could not be reached and he will send me another driver ASAP.

Around 10:55am, a driver arrived at my home in Lekki Phase 1. I believe they just found this driver last minute and he was not actually an employee of the company. His first assignment was to take me to my office in Victoria Island. During the trip from Lekki to VI, I noticed the driver was not comfortable driving my car because he was finding it difficult to make turns. This worried me, but we were almost at my destination.

We arrived the office around 11:30am and I asked the driver to park the car so I could come out. Instead of pressing the brake, he accelerated completely damaging the car in front of us. (Green Toyota in pictures)

Furious and shocked at what just happened, I immediately started screaming at the driver, asking him how he could do such a thing. He looked at me like a deer in headlights, offering no explanation or sorry. He actually started nervously laughing at one point. I immediately called Mr. Kayode and told him what happened and his company was responsible for all the damages. He told me that he would send a representative to look at the damages. I waited for over 2 hours for someone from their company to come but all I kept getting were excuses and delays from Mr. Kayode. Within that time, I already paid for the damages of the car that was destroyed which cost N135,000. No one from FindADriver247 came as promised but I was ensured by Mr. Kayode that the company would take full responsibility for the damages to my car, as stated on their website.

After going back and forth with them, they initially proposed they would compensate me with a refund of the N10,500 I paid for the week, N15,000 according to their damages policy (which was not on the website before I had this accident), and give me a free driver for a month.

I initially refused their offer because it was inadequate compared to the extent of the damages. They were responsible for the damages to my car because they sent me an unexperienced and poorly trained driver who could make such a novice mistake. The driver even stated after the accident that he had less than 2 years experience driving. This clearly goes against the premise of their business and terms and conditions listed on their website. In regards to the incident that happened, their policy is inadequate as you cannot by law state the extent of your liability when the accident is due to negligence. The total cost of damages to my car was N230,000. (I drive a Mercedes ML350)

They were not willing to pay the full price of my damages and I contacted a legal team to proceed. For the purpose of time and to be done with dealing with this company, I was willing to settle out of court for a refund of the n10,500 I paid, n15,000 from the policy settlement that all of a sudden appeared on their website, plus the amount of a driver for one month (n50,000) as they previously requested to give me for compensation — Totaling n75,500.

There was absolutely no way I would accept another driver from them given the experience with the first driver. This was their response:

After due consultation with our lawyer, we have decided to settle out of court as you proposed. We’re aligned on paying for the following:

As regards the promise of a driver, please note that this cannot be converted to actual cash. If you’d like the service of a driver, kindly let us know. Although, at the moment, we do not have any available driver.

They paid me 25,000 on Wednesday July 26th– not even the full amount they proposed.

For anyone thinking about using this company, I’d strongly advise against them. I thought they were a professional company but this incident and the way they handled it proved otherwise. The training and vetting they claim to have their driver’s go through is FALSE. This incident happened on the first day using this company– on the drivers first assignment!! This could have been a lot worse. I only had to deal with monetary damages and the inconvenience of not having my car for sometime. I could have been injured in the accident but thankfully I wasn’t. The compensation I was asking for was beyond reasonable, and had they agreed or handled the situation better, I still wouldn’t use their services but I wouldn’t write this review. Don’t endanger your life or the lives of your loved ones by using this company!