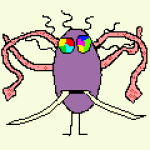 I was ill and had been going to a nurse’s house for treatment. The nurse gave me injection for 5 days straight but I didn’t see any improvement. After wasting 6,000 naira on those injections, my madam advised I go to the hospital especially since I have a healthcare plan my employer pays for. That is how I went to First City Hospital.

At First City, the doctors did a blood test and diagnosed me with typhoid fever and malaria. They gave me medicine for a week, but my sickness increased. I went back a second time and the doctor said I should complete the medicine. I told him I’d completed it and he said I should wait for the drugs to work. I ended up going back two more times and still no improvement. After multiple complaints, the doctors decided to retest my blood. They said the new blood tests would cost 2,000 naira. By this time it was already a month! I realized this is not a good hospital and decided to go elsewhere.

This hospital is clean and they have good facilities. There’s air-condition but it didn’t work whenever I visited, but the fan was working. They have a strict first come first serve policy. I usually waited for like 45 mins before I was attended to, but maybe because I used to go in the morning. One day I was there and an elderly man brought his son who looked like he was dying. Instead of attending to the boy they left him to wait. The man vexed and walked into the doctors office yelling before he was attended to.

I rate this hospital 1/10. If you are sick don’t come here. I won’t recommend this hospital and won’t send my family or even enemies here.