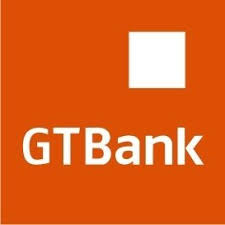 This review is based on my experience at GTbank Ogba branch. As I stepped into the branch with my mum, I was expecting the worst customer service ever but of course it was not as straightforward as that. I followed my mum upstairs straight into someone’s office (not the manager). They answered quickly and nicely, little did I know it was all just to please my mum (as some of her business’ accounts are handled in that branch).

As my mum went to the car thinking I shouldn’t take too long, I proceeded to deal with my own personal issue, which was to collect my MasterCard I ordered since April (it’s now August by the way). I was immediately demoted downstairs and told to fill out quite a number of forms – very frustrating as there were way too many redundant forms required. After filling out all the forms, I was told my mum was still a signatory to my account. You can imagine the confusion on my face as I thought we had changed that information 3 years ago! Luckily, my mum was still in the car so I asked her to come back in to change it. Once she was in, the customer service changed incredibly for the better. The reps were now smiling and attempting to get us sorted with some sense of urgency. I was finally handed the card and told to go to the counter for some guy to print my pin. I did that, got the pin and had to leave in a hurry. Oh was I glad as I thought I was done with these people. So wrong!

I first tried the card at some cashpoint close to my house. Let me just say I’m not a technology genius but I’m good at reading instructions. I did what the machine asked me to do but the card still didn’t work. A few days later I went back to the same branch, this time without my mum. I was told that I had to go back to the cashpoint and get the exact error message written on the screen of the machine. I went outside, queued up for about 10 mins to use the cashpoint, got the message and went back to the same guy, who now told me it was the password that was the issue and I should order another one and will take 3 working days. I also asked for my internet banking to be activated, and had to fill quite a few forms as well for that one. At this point I was quite upset and the convo with the gtb rep went something like this:

Me: I live very far away (about an hour with Lagos traffic) and can’t afford the luxury of commuting here, spending long hours and getting nothing accomplished.Gtb rep: *blank stare*

He really looked at me like I was crazy!! No jokes.

3 business days later, I got to the bank very early to avoid long queues. Got the pin sorted and the card was working. Also got the internet banking bit fixed quite quickly and I was told it will be activated before the end of the day. Thank God I thought to myself. Back to the UK tried using the card and the same problem of password occurred. I’m also still waiting for the email to activate my online banking that was supposed to be active by the end of the day (I left Nigeria over a month ago). I then decided to call their customer service. Oh Lord, that is another story entirely. Anyways, the card isn’t working at the moment.

Gtbank’s customer service was ok but far from being good enough. The number of forms you have to fill to get a simple task carried out is ridiculous, considering there is nothing like recycling. Also, I do not understand why my problem could not be resolved at any branch and I had to keep going back to the Ogba branch.

Overall, I’ve heard this is one of the best banks in Nigeria but I’d advise you be prepared to deal with all sorts of shenanigans.