Provider of intercity and interstate transportation 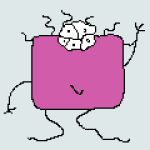 I was traveling to Ghana for my medical electives and needed a cheap/affordable means of transportation. It was too late to book a flight and it was pretty expensive anyways, so I decided to go via road. There are a lot of bus companies that ply the Lagos – Accra route but I eventually chose GUO transport after my family friend told me about them. I immediately checked their website and booked my trip.

I chose the Ajah Terminal as that was the closest to my location. On getting to the terminal, the driver cross checked our passports with the ticket type we paid for and we then started the journey.

We left Lagos in the wee hours of the morning in a very comfortable Toyota bus with ample leg space and good general entertainment (movies were shown). On getting to the border between Nigeria and Benin republic, there were numerous check points either for immigration or police or NDLEA or customs or even yellow card inspection. This continued throughout the journey as we passed 6 borders! The frustrating thing about it was we had to get down at every stop except when they had to check for passports because our driver had checked that already before the journey. We also had potty breaks in between the trip, and were given refreshments which was basically rice and stew with meat and water. Tbh, I would have preferred if we weren’t given anything; the meal was pretty shitty.

It took approximately 7 hours to get to Accra (so ignore all that 16 hours crap you read in some stories).

I eventually used the same company from Accra to Lagos but this time, I had to book at the Accra Terminal a day before my trip as online booking wasn’t available. In my own opinion, it was way stressful and even more expensive. The trip back was pretty comfortable and nothing spectacular happened. Same entertainment and refreshment and we got to Lagos in one piece after so many stops and check points at every border on the way back.

I rate GUO a 6/10 majorly because the food was not palatable tbh. They should sack the caterer or maybe stop giving refreshments completely. I will definitely use them again if I have the need to.