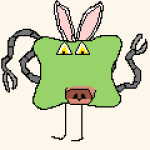 I’ve shopped on konga before. I like the user interface and I know how it works. What do I know about jumia? Nobody shops there. Plus I’ve read some terrible reviews.

In January 2015, I sold some items on dealdey.com (review coming soon) and had leftover stock. I knew more about konga than jumia and so even though people told me not to, I picked konga’s shq marketplace to sell the leftovers on.

I signed up in February and soon orders were rolling in. Konga shq had (and still has) a lot of technical issues. Delivery to customers takes forever and consequently returns are high (getting your returns took about 2 months). Customer service for sellers is appalling and konga just doesn’t care about its merchants.

In April, konga introduced a new system which many sellers hated. The number of items sold were now displayed beside each product. How this works is, if you list 10 products and 1 of them is selling really well, konga displays the number sold and so other competing merchants can stock the same item and reduce your sales. For you it’s lower sales. For konga it’s more merchants and more profit. I still stuck with konga and offered lower prices to attract sales.

I left Lagos in June and set my store to vacation mode. When you do this, your store is taken offline till you return. I did this on June 3rd, but because konga’s system is everlastingly slow, my store wasn’t put offline till June 5th. I got about 10 orders between June 3rd – 5th but couldn’t ship them as I’d already left and my store was supposed to be offline.

I arrived lagos on June 21st and reset my store to the “not on vacation” mode but the change didn’t reflect for over a week. During this period I went through my online store payments and discovered that konga owed me money for an order I shipped a month ago and that I had 15 returns pending, some were from 3 months ago. Between June 21st – 29th I sent konga about 15 emails about reactivating my store, paying me and returning my items, but as earlier stated, konga customer care is nonsense and isi ewu.

On June 29th, I got an email stating that my store had been SUSPENDED. I was so mad, called customer support and was told I was suspended because of the orders I didn’t ship from June 03 – 05. How can konga suspend me for not shipping orders that I shouldn’t have gotten in the first place as my store was supposed to be on vacation, when they’re even owing me money and have seized my returns???

I went on the konga forum to vent and tell other merchants how evil konga is, but the forum is pointless because every seller knows that as soon as you post anything that implicates konga, they take it down and block you. They immediately deleted my post and sent me an email that my post was insultive and as such my store would be suspended INDEFINITELY.

So, konga believes that it’s an untouchable entity and can do whatever it wants, thus punishing me for speaking up against their dictatorship.

It’s now August and my store is still suspended. Konga has paid the money it owed me but only returned 10 of the 15 orders. I’ve been told that I’ll be paid for the other 5 orders and as I write this review I am still waiting.

The really sad thing is I could have joined jumia way back when it was easier, but now their merchant acceptance process is long and tedious and I’ve been on the queue for over a month, so I’ve not been selling on either platform.

I know so many other sellers whom konga owes money/has suspended or bullied for ludicrous reasons. I’ve personally spoken to a seller who had returned items of over 100k seized by konga and when she refused to ship any new orders, she got suspended as well.

I will also not be surprised if konga or one of its reps tries to defend itself or twist the facts in the comments section of this post. They may even try to bully ReviewNaija into removing this post.

Screenshots of my email correspondence with konga are included below: