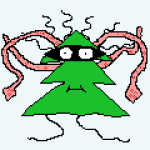 I was traveling to the U.K for my medical electives and decided to use a travel agency to secure a visa, hotel/hostel accommodation and flight ticket. I had heard about Luxair Travel and Tour (LTT for the sake of this review) from my medical student association. I was interested in utilizing their full package which includes visa, hostel accommodation and flight ticket. Basically, they had a student representative who gave me a brief summary of the organization and then added some of my classmates and I to a Whatsapp group.

Now let me tell you about how ridiculous LTT is. The wahala first started when I visited their office at Ikeja. I was asked to pay a non-refundable processing fee of 25,000NGN which I immediately paid.  Na so Drama come start. For my visa, I had received a CAS number from my School of Choice (Barts and the London) so all I had to do was to follow up the process and hope I get the visa. Since I thought LTT was a reasonable company, I was prepared to pay them to handle the job (i.e. get me the visa as fast as possible). On speaking to the manager of LTT, he gave me stories about how he had to write a letter. Like! I needed the visa ASAP and he was talking about writing a letter which would even delay the whole process. Fine, I let that go and eventually did it all by myself.

I was interested in a non-stop flight to Heathrow airport. The manager kept refusing to get me one and instead wanted me to use Air Kenya. His excuse was that they already had agreements with Air Kenya. Of course I refused outrightly and they eventually decided to search for a straight flight for me.  I was to travel to the UK on the 5th of September, but Mr LTT manager was going to book a flight for 7th of September because “that was the cheapest price for me”. Like that was what I asked him to do. I eventually decided against using them to purchase my flight ticket.

Lastly, I needed a hostel around the school. At least somewhere around Central London. I was told to pay 180,000NGN for the hostel and I was prepared to pay when the story changed. Apparently, the manager of LTT was going to hook me up with a family member for the period of one month and I was still going to pay the 180K. Please is hostel the same thing as family member??

I was thoroughly disappointed and I should have seen the handwriting on the wall immediately I joined the Whatsapp group. A lot of my classmates could see how silly, ridiculous and dubious they were and decided against using them.

I have no rating whatsoever for LTT except it’s possible to rate them less than a zero! It was a very disgusting service and I would have considered them a scam if not for the catalogues I saw. In conclusion, Luxair Travel and Tour is a struggling agency and I seriously will not recommend it to anyone.