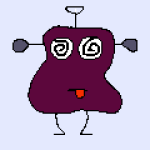 My family and I spent the holidays at Calabar because my father recently relocated there for work. Anywho, I had heard great things about Marina Resort Calabar, so my family and I decided to visit.

The Marina Resort is a prime tourist hotspot and recreation centre in the city of Calabar. It is located just at the mouth of the Calabar estuary. There is a game centre (with video games, billiards, darts, chess and so on), a restaurant, a bar, an open-air space, a slave museum, a cinema, hotel and even a nightclub.

MY EXPERIENCE AT MARINA RESORT CALABAR:

We paid 100NGN each to enter the resort. There is ample parking space, however I’m not aware if it was paid parking. I personally wanted to visit the slave trade museum as it’s popularly known for housing about 30% of slaves that left Africa. Visiting the museum cost 200NGN and we were not allowed to take pictures.

There were various rides which my sister went on and they were pretty affordable; say 100/200NGN. There was also a boat ride on the estuary which took people to either Tinapa, or Twins Island which is just opposite the resort but I didn’t go on it. Actually, the Twins Island is historically known as the place Mary Slessor used to hide twins during the twin killings.

My family and I also saw a movie at Filmhouse inside the resort and I will drop my experience here as it was a bad one.

I rate Marina Resort Calabar an 8/10. It is such a beautiful and serene place with so many fun activities for both the young and the old. I will definitely visit again.