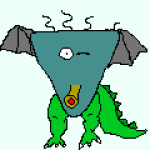 I heard about Medview Airline through a family member. It’s a Nigerian airline that has direct flights from London to Lagos.

The airline was so crappy that I don’t even know where to start. I’ve always believed you get what you pay for, but with this airline, you get zero for your money. First, they have FIVE different grades of economy class: Full Economy, Flexi Economy, Discounted Economy, Apex, and Instant Purchase; and THREE grades of business class: Premium Business, Flexi Business, and Promo Business. Each is less expensive than the next. I had an Instant Purchase ticket meant to leave on the 13th of April from London to Lagos, but I decided to change it to leave earlier. I called customer service and spoke to an agent who walked me through the process of changing the dates. He said my class of economy wasn’t available on the day I planned to leave so I’d have to “upgrade” to Flexi Economy. Upgrading meant paying the difference in fare (£206) plus the upgrade cost of £65. I agreed to this and the agent told me that I would have to pay at the airport kiosk. I was nervous about the date changing, so he told me he would reserve the changed ticket and send me the ticket so it would be confirmed once I pay at the airport on the day I was to leave. He never sent it.

The next day, I got to Gatwick Airport and the Medview Airline agent at the check-in kiosk looked gobsmacked when I said I wanted to change my ticket. She said there had been no change made to my ticket since the booking was originally made and instead of £271, I had to pay £317. Needless to say I was livid and demanded to speak to the manager. The check-in lady said she was the manager and there was no proof I had called to change anything so her hands were tied. She said if I didn’t like the price, I should go home and come back on another day when the cheaper ticket would be available. Begrudgingly, I paid the difference and got on the plane after she assured me that my upgraded seat had better leg room.

When I got on the plane, it was like a throwback to flying in the 90s. I sat on my “extra legroom seat”—which was really just a seat in front behind the toilets—and decided to watch a movie. As it was a front seat, I had to pull the screen from beneath my seat. I tried for a few minutes and it appeared to be stuck so I called a flight attendant to help. In the most nonchalant manner, she told me the screen wasn’t working. I complained that I’d just paid £317 for that seat so there’s no way I would sit in it for 6 hours with no entertainment and she said, “oga, sorry, you have to manage. The flight is full so I can’t move you anywhere.” Fortunately, I had my iPad and iPhone so I played Candy Crush and slept for the entire flight. The man beside me told me that I wasn’t missing much as their entertainment consisted of three channels showing three different movies on loop. You can’t pause or rewind and all your control is left to changing the channel.

In all, if I didn’t have a return ticket/if I was balling like that, I would never fly Medview Airline again. You should only fly this airline if your motive is to save cost and you have your own method of entertainment.