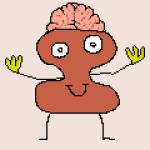 Posting – I got the news that our NYSC placement had started, so I left all I was doing and rushed to the nearest café very eager to check mine. I got there, logged on to the database, and voila! I saw KATSINA!! I was like “this must be wrong”, so I logged out and logged in again and it was the same. I started crying like a kid who lost her candy. Who compiled this stuff? Anyway, I went home to prepare for camp. Fast forward to a few days later I was in the park waiting to board the bus, and then we finally were on our way to Katsina. In the bus, I met a handful of folks that made it such an interesting road trip even though it took two days of sitting in a spot.

Camp Registration – We finally got to our Orientation Camp on Old Mani road, Katsina State, went through security search and from there we were directed to a building for our registration. We had to drag our luggage there because we had to complete registration before we could go to the hostels. On getting to the registration building, we submitted all needed credentials and were grouped into groups called Platoons. There were 10 Platoons in all. I was grouped into a Platoon and then headed off to the next phase, collection of NYSC Kit. During that phase, I fully registered my details under my platoon officer.

Bed/Mattress Selection – After that process, I headed off to my hostel/room and started bed hunting/looking for the best spot/bed with my new friends (folks from the road trip). We secured our space, went to collect mattresses from the warden, cleaned our spot and settled down nicely. So the weird thing was that I went to freshen up and was about dozing off after our tiring journey, then suddenly, I heard a loud sound. I was wondering what it was, then folks who’d gotten to camp earlier said it was time for parade. I was like “I’m not going I just got in”. Only for some female soldiers to rush in blowing whistles and threaten to pour water on us if we didn’t leave. I quickly rushed to get dressed in my white combo as a white fowl you know *winks* and rushed to the parade ground.

Parade – First session of parade was hectic, with the sun in Katsina that can fry egg LOL! But afterwards I got used to the flow. Next day, I had to wake up as early as 2-3 am to freshen up and avoid an overcrowded bathroom, then went back to sleep for another hour or two. By 4am, the officers came to sound the first beagle which was to wake us up. Then an hour later, they sounded another for Prayers and Meditation. As usual we were chased out of our rooms to the parade ground. After that was our orientation day, followed by some drilling then to the lecture room.

Lectures – The lectures were never ending and boring but before lectures, we had breakfast. Lectures were usually on for like 4-5 hours! Like what the heck! Afterwards, we were asked to participate in skill acquisition classes. I did the shoemaking and leather works class, and was able to make my first pair of Slippers by the next day. I would say I enjoyed this aspect very well. Evening came and that was our time to make friends hang out in the mammy market and just chill till 10pm, which was lights out and time to sleep.

Food – At camp, we got three square meals per day. Meals were prepared by some NYSC staff assisted by corp members, platoon by platoon depending on what day yours fell in. Since we were in a northern state, they made their own native dishes sometimes. Like in the morning they gave out tea, bread and boiled egg, afternoon rice and fish then night tuwo and okro or sometimes porridge yam. Different foods like these were rotated per day. I couldn’t keep up with the regular food, so I opted for my cereals and got food from the mammy market, especially indomie. I ate a lot of noodles and eggs at camp. Sometimes, I visited nwanyi anambra or nwanyi imo in mammy for some swallow.

Activities – Days passed with our daily routine till the final week and we all became somber and caught the “I miss you syndrome”. Final week at camp was interesting. In Katsina, they ruled out some fun stuff which we were meant to do like burn fire, endurance trek, carnival and all because of security reasons and also the strong and strict Muslim policy the state follows. We only held the drama and dance nights, which were 10 nights in a row for all platoons to perform. We also had cooking competition, which was fun because there was a lot to eat and drink and a lot of laughter. What followed after this was our NYSC pageant including Macho contest and others. P.S. my friend actually won the Miss NYSC pageant! Even though she was not in my platoon I was so thrilled and flabber-happy (permit my English LOL!), as if she won Miss World. It was all fun and that was the peak of my stay in the camp. I was very excited and did not want to leave. It was as if all of us should just remain in camp there and finish our service year; this would have been great. I miss all my camp buddies and hope to see them some day. Wishing them the very best.

My thoughts – If there is anything NYSC achieves, it is the fact that they are able to bring people with different socio-cultural values to experience a particular culture entirely new to them. Katsina camp was highly dominated by Igbo youths (don’t know why), then Yoruba’s, followed by the South-South folks, and a handful of the Hausas and middle belt region folks. And we all adapted perfectly especially with the help of group activities like cooking, parade/drilling, and sanitation, which helped us get attached and connected.

Camp was both fun and stressful but it’s nothing compared to what was waiting for us outside the four walls of the camp. After posting, another type of stress begins!