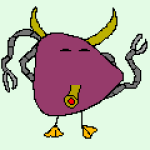 I had heard of Ofada Luxury via Twitter and I was curious to find out what they offered. They serve only Ofada dishes paired with snail, shrimps, assorted meats, and eggs.

I had told the twitter universe I was craving Ofada Luxury, and someone on there anonymously placed an order for me and provided them with my phone number. Apparently, the order was made late at night and I got a call immediately confirming my availability the next day. I was given an estimated time of arrival and the delivery guy was on time. I hear placing an order is pretty simple as it can be done via twitter, instagram or phone call/whatsapp. The attendant who reached out to me was very polite and friendly.

I was super impressed with the packaging, so classy! Anyways, I was also impressed with the food portions. It was a big portion of rice with snails, shrimps and egg and it filled my twin sisters and I. The meal costs 3,500NGN. Tbh, I initially thought it was expensive but I now know better. Payment was via bank transfer, however I don’t know if payment on delivery is available.

I have officially found my Ofada “spot” and I will surely patronize again. It is definitely worth the price.