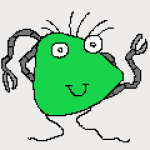 Ambiance: O’Naturals Natural Hair Salon is pretty small, but they are pretty well-staffed so you should be attended to almost immediately!

Service: Deep Conditioning Treatment, Trim and Twistout. Twistout because these Youtube Naturalista’s always be trying me, my twist outs never look like theirs and I AM TIRED B.

Price: I paid N6,000 for everything . Which is a steal tbh because for this they can easily charge you N10k upwards on the Island. You know mainland been holding ya girl down for a minute now. Although they had one very foolish charge for “De-tangling” to which I fought because in my mind I’m like “Umm hey sis, you would have done that regardless before washing my hair, so why is there a fee?” They sha removed it, you’ve got to be a little assertive I guess.

Location/Parking: This salon is in Ogudu, for those that don’t speak Mainlandese… It’s off of the Lagos-Ibadan expressway which isn’t too far after you get off of Third Mainland Bridge. There’s really no parking because they share the building with a bank, so that’s the only annoying thing.

Overall O’Naturals Natural Hair Salon experience: 4/5 rating. They know exactly what they are doing when it comes to natural hair. However, they tend to over-charge in my opinion for really small things that should be built into the cost, especially given the fact that they are located on the mainland. Things on the mainland should be cheaper and I tend to pay the same for a deep conditioning treatment and twist-out when visiting other natural hair salons around the island area.

**This is a featured review which was first published on BeautyBossLagos.**