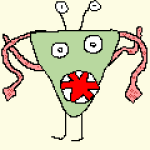 How did you hear about this business? What services do they offer?

My United airline flight was scheduled to arrive at PHC.

Describe your experience, focusing more on the service you’ve received:

I once heard someone say, “when Nigerians are pushed to the wall, they make a hole through it and keep going”. That is to say there is no reaction to whatever insults or hardships we are subjected to. I initially thought this was a very harsh assessment. When I arrived at Port Harcourt International Airport (PHC) I immediately thought this is what that quote was illustrating. To put it simply PHC is an eyesore, a travesty, an embarrassment to the people of Rivers state and indeed all Nigerians.

This is 2016, no airport in that shambolic state should exist. It’s a poor excuse for an airport. PHC is essentially a runway and a canopy tent. Once your plane touches ground and passengers disembark, you are ordered to make the long trek from your plane to the tent. Once in the tent, you should expect long lines. This is because of the various make-shift check points that are supposed to represent customs/border patrol, immigration and baggage claim. You should expect long lines because there can be no more than two immigration officers processing the entire arrivals contingent. Add to the fact that “important people” tend to jump the queues and you can imagine the chaos that ensues.

Chaos! That is the only word to describe the baggage claim section of this canopy. It is as rudimentary as it gets. A group of young men get the bags, directly from the airplane, and unload the bags manually in a corner of the tent, on the floor. Passengers surround this corner in a semi-circle and yell at one or all of the workers to pass them their bags. It is something you have to see to believe. When I took out my phone to record the chaos, I was quickly approached by two officers who reprimanded me and threatened to seize my phone and interrogate me. However, I managed to capture some of the chaos:

Unsurprisingly, I later found out that PHC was voted ‘world’s worst airport’. More worrying though, is that it has been this way for 3 years and counting. When will it change? When will something be done? When will the people say enough is enough? When will people say either build a decent airport or have no airport at all?