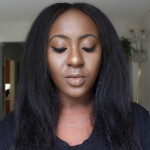 I recently flew Qatar Airways to Dubai (through Doha) from Lagos. The flights themselves were pleasant, comfortable and I enjoyed their meal offerings. I had 2 problems with them on-ground, however.

1. I was told by their agent in the Ikeja office that the easier/cheaper process would be to book my flight online, call them to confirm the booking, and then make the required payment into any of their bank accounts within 48 hours (or maybe it was 72 – I can’t really remember).

Anyways, I booked my flight, called them and they confirmed that they saw the booking, and I proceeded to do a transfer to their account. I specifically chose their account in a particular bank, because I have an account there too and so the transfer would be instant. All of this was on a Friday afternoon. When I booked the flight online, the confirmation page said that I had up until Sunday afternoon to pay, otherwise my booking would be canceled.

Since I paid on Friday at about 2pm and got the debit alert, I wasn’t worried. However, on Sunday evening, I decided to login to Qatar Airways website to select my seats, and the booking was missing. I called and called their office in Lagos to no avail, and eventually had to call their US office and was on hold for 20 minutes before a live agent answered. He told me that my booking had been canceled for non-payment. He suggested I call the Lagos office on Monday morning.

When I called the following morning, the agent who answered the phone said that they didn’t receive my payment until 7pm on Friday evening, and since they close for weekends at 4pm on Friday, there was nobody to log my payment and they canceled my booking. She offered to rebook the flight for me, but said it would cost N40,000.00 extra!!! I was really annoyed and asked to speak to her manager. Before the manager got on, the phone cut off. While this was happening, my husband drove to their VI office to demand that the issue be rectified as it was no fault of ours because #1. We had until Sunday to pay, #2. They acknowledged that we paid before Sunday, #3. The money was in their account and we had the debit SMS alert to prove what time the payment went through (2pm).

Fortunately, the manager at their VI branch had been made aware of the issue and promised to fix it that day. However, it was the following day that we got the call and confirmation that the issue had been solved. It would have been nice though, if they had kept to the same itinerary, as I originally wanted to land in Dubai by 8am, but they rebooked for us to get there at 4am. We got to our hotel too early and my husband had to shower in the hotel gym, while I slept in their lobby.

2. Additionally, when we arrived in Dubai, one of our suitcases was forgotten in Doha. We filed a complaint and they promised that we would receive it later that day. We spoke to an agent that same evening who confirmed that the driver had taken our suitcase along with other missing luggage to do the drop offs. It wouldn’t have been a big big issue if we got the luggage at the expected time. But by the following morning, the bag was still not at our hotel, and we got the driver’s phone number who had taken the suitcases from the airport, and the language barrier was too big and nobody could understand the other. Later that day, they said it was another driver that had it. We were getting really frustrated and had to buy an extra pair of shoes for my husband. At the very last minute (almost 11pm) almost 36+ hours after landing, was when we got our suitcase.

Like I said, the flights themselves were comfortable, and if it weren’t for these 2 snags above, I would say that Qatar Airways is my choice for flying to the Middle East.