Write a Review Write a Review
Listed and first reviewed on: 06/10/12
Mono Vista, CA 95370
United States (US)
tarzanmarine.com
Get Directions

Apparently, there’s a ferry that runs behind the Oriental Hotel on Maroko road (right after the Lekki toll heading towards Ozumba) called Tarzen. It carries cars and passengers from Maroko to Ikoyi and vice-versa, thus by-passing the deadly traffic on Ozumba (from the civic center area) and Falomo bridge. The ride was about 3 minutes long and cost 1500 naira. Once off Tarzan, the drive to 3rd mainland didn’t take too long. 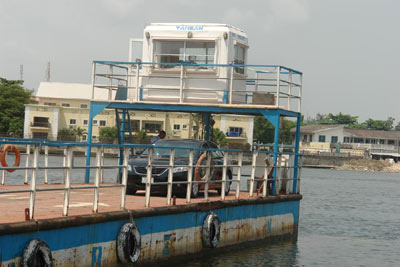 photo: courtesy of http://www.vanguardngr.com/
The operator of this ferry (Ade) was a polite elderly man. He was very friendly and allowed us take pictures. He told us that Tarzan had been running for about 4/5 years. The ferry we used could cargo 6 cars, however, Ade said that they took customers on a rolling basis i.e. if there’s only one car trying to get to the other side, the ferry will operate. 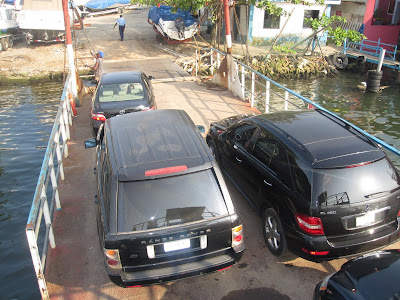 A fleet of cars on Tarzan…
I enjoyed the short and relatively safe Tarzan ride. However, it would have been nice if they offered us life jackets, as a precautionary measure. Also, low cars beware! Our car was really low so we encountered some minor problems trying to get onto the ferry, but it all worked out well eventually. 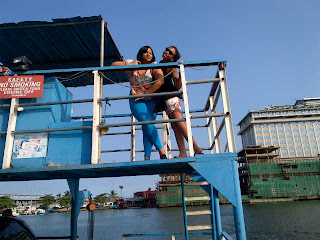 Tarzan also runs speedboats from the mainland to the island and vice-versa, but I haven’t used that service so I can’t say much about it.