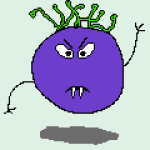 I have an event planning business and we reached out to the event room to use their space for our clients Birthday.

We originally wanted a space downstairs but it was much smaller than we anticipated so we decided to rent the penthouse for 70K. The person in charge of dealing with clients at the venue agreed to let us pay 70K for a 4 hour event. Transferred the money to the venue as soon as we finalized because they kept putting pressure on us to avoid losing the space.

Two days later I started receiving calls from the venue asking the type of event I was having. Which I told them was a clients birthday lunch. Then I get another call saying they can’t collect the 70K we agreed on and that I had to pay 100K, of course I was irritated by the sudden switch up and change in plan. I decided it wasn’t worth 100K and I asked for a refund.

I asked for the refund over the Easter public holiday Saturday and I was told I would get my money on Tuesday, which I didn’t stress about. Come Tuesday I sent a reminder text and made a call to venue for the money and I was told I would receive it as planned. 12pm passed, 4pm passed nothing so after work I decided to go to the venue and ask for my money as usual excuses that their madam will transfer and that she was having bad network issues whilst sending them whatsapp. I was told she was on the way to the venue so I decided to wait a while but she was taking forever to show up so I decided to trust that I will get the money.

Fast forward to 9pm still no money, called the venue and got a surprised o “she hasn’t sent it yet, ok no don’t worry I will call her now”. I called back and was told she will send it today and that she was busy.

Honestly don’t know why everything comes to push and shove with businesses. I paid for this venue 9 days ago asked for the refund 3 days ago and it’s been a stressful time. I won’t advice anyone to rent their venue because they don’t have proper management and aren’t consistent with decisions, they weren’t willing to do any paint work touch up to a place that looked messy but I was willing to overlook it all just to please my client. It’s so frustrating that I have to go and get seriously aggressive with them to get my money back.