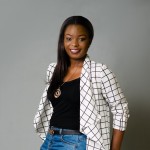 This is the worst store I have ever bought anything from on Instagram. First they failed to deliver my wig on the day we agreed without informing me. I had to keep sending them reminders and calling their phones which they were not picking before they could confirm that they won’t be able to deliver my wig.

They made me use an old wig for the wedding I was a chief bridesmaid at and showed no remorse for that. Even after missing deadline, one would have thought that they will be at my office first thing the next day but No. I still had to call severally and keep following up before they responded. They never pick their calls. It took me threatening that if I don’t receive my wig that day I will reject the order for their dispatch guy to trail me to my location by 7pm and deliver the wig.

I got home, tried the wig and all the curls stretched out. I reached out to the CEO and still without remorse she said the wig is loose curls and the only resolution will be to take the wig back and curl it well. When I refused and said I won’t accept the wig, she stopped chatting with me. Now I am stuck with a low quality wig which looks like chaff and stretches out in minutes.

Guys, avoid this store like a plague unless you have money to throw away. Low quality wig and terrible customer service

I regret doing business with them.