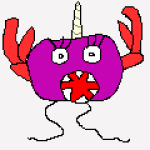 I am writing to post my experience at Tyrbats Nigeria Ltd (here in after referred to as Tyrbats).

Sometime in December, 2016 I bought two brand new tyres (tyre brand- West Lake ) at  Tyrbats office  in  146, Egbeda Idimu Road, Lagos which was fixed immediately in my car. Mid June, 2017, I noticed a lump on one of the tyres, so thinking a foreign object was embedded I took the car back to Tyrbats office to have it removed (Tyrbats also offers such service at a fee). However, immediately the technician saw it, he informed me that nothing was embedded under the lump and it was a defect that once present could not corrected by any means. The technician advised that the tyre should be changed immediately as it could blow out while driving.

My understanding is that new tyres have a shelf life of 4 – 5 years so I was immediately alarmed that a tyre of barely 6 months was damaged beyond repair and asked to speak with the manager. A female manager appeared and informed me that the damage was caused by my “negligence by driving fast into potholes”. So I asked  whether tyres weren’t built to drive into potholes, moreso those who know me will tell you that any thing that can cause a scratch on my car can give me heart palpitations, not to talk of speeding on lagos bad roads!! The female manager was joined by a man who claimed to be the owner of the business and the two of them proceeded to lay the blame for their defective tyres on me. They were both loud and appalling. Even though I carefully listened to them with the expectation that after they had provided their explanation they would at least listen to  my complaints, rather they banded together and refused to listen to anything that I said or had to say.

The customer care wasn’t just crappy and the most terrible I have experienced, Tyrbats also sell fake tyres.